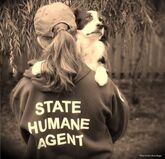 Animals great or small, protect them all

MFHS is a non-profit 501c3 Minnesota corporation committed to the prevention of animal cruelty through education
and working with other professional animal anti-cruelty agencies and law enforcement by responding to and
​investigating reports of animal neglect, cruelty and abuse.
CALL 612.866.8663 or for more information EMAIL us at MFHS@mnfedhs.org
TO REPORT suspected animal cruelty EMAIL our MFHS Investigation Team at reportanimalcruelty@mnfedhs.org

​“Hero”. What does the word mean to you? What does it signify? Do you know any Heroes? Chances are, we all do. Everyday life sets the stage for random acts of heroism; for bravery and works of selflessness. We need Heroes. We celebrate them, in every way we can.

Today, we need Heroes more than ever. Who will care for our sick, our elderly, our children? Who will be there on the front lines to put themselves in the line of danger, to help us?

I think there are Heroes around us, everywhere, every day. Here is one Hero’s story we’d like to share:

Once upon a time, a young dog lived in a rural home with his elderly owners. He was a strong, young German Shepherd, with the full essence of life within him. He was eager to please; he was strong and found immense joy running through the countryside and the northern woods.

In the next few years, the elderly couple he considered his humans, began to experience health issues. He found himself confined in the house, unable to run and enjoy his world as before. Soon he was tied up, as his unspent energy got the better of him. He had nowhere to go, no release. He started to feel trapped.

In spite of this, he tried his best to behave. He was still growing and needed a way to channel his energy. His humans felt his growing exuberance was too much for them, and they chained him up. Not outside, but inside, where they could still be with him.

He remained chained there, with no relief, for the next 3+ years. He sat and laid in his own filth. His owners tried to keep his small area cleaned, but eventually the floor started rotting away. His owners fed him well; gave him treats and toys. They talked to him often but seemed ignorant of his desperate situation.

In spite of this, he persevered.

As the health of his humans continued to deteriorate, he saw people coming and going; his humans coming and going also, in the midst of the loud flashing lights. He barked at these people coming in, at every opportunity, trying to tell them of his despair. Most of them looked at him, and just kept going. They saw him, but they didn’t see him. After time, his humans returned; one, and then the other. This pattern repeated again and again over the next couple of years.

The dog bravely accepted his continued, restricted and depressing life. He ached to run again, as dogs need to; to breathe fresh air and chase everything in his path. His joints started to hurt, he had a pain in his belly, and he became immune to his own stench.

….and the days continued on.

Soon, the loud flashing lights came yet again, which meant people coming into the house again, which meant more people looking at him and not seeing him. He decided to let them know, he was not invisible. He barked and barked, jumped and tried everything to gain some recognition.
The people left again.

But she did see him.

….and she cared enough to make her concerns heard.  She made the call.

Her call was to Minnesota Federated Humane Societies, which would change this dog’s life forever. She recalled that this dog had been in the exact same spot on a previous visit to the home, close to a year ago. She knew this was wrong, very wrong.

She was his angel. She had made the right call.

The mission of MFHS is to investigate allegations and reports of animal abuse, cruelty and neglect in the state of Minnesota; to rescue animals from harm's way; to bring to justice those who would do harm to animals of any type or breed in Minnesota; to advise the legislature and counties on animal protection legislation; to assist local and county humane societies in their daily operations.

MFHS responded with Law Enforcement and the County Health and Human Services.

There was consensus among the agencies that a real concern existed for the health and well-being of the humans in the home, and for the dog’s welfare also. Upon investigation, MFHS found the dog in a very degraded and unsanitary environment. The kitchen table had been overturned and bolted to the floor. The dog had three chains around his neck, securing him to the table. The chains were about 3 feet long. His movement was very limited. These chains had also cut deeply into his neck. The wounds were so deep and had persisted for so long, his neck tissue had started to grow over the chains in an attempt to heal his wounds. He had been experiencing a lot of pain. The pain persisted over many days, many weeks, many months and now several years. And yet, he persevered.

In removing this dog from this situation, he showed no aggression; he was afraid, but he cooperated and received help graciously. His recovery was not easy. The chains were surgically removed from his neck, and he began his many month healing process. He had suffered nerve damage where the chains had worn his flesh. He fell victim to complications when exposed to the sub-zero winter air. Shortly after his neck was nearly healed, he experienced complications from a blockage in his intestines. This is exhibited by frequent vomiting and the inability to pass stool. It is a painful situation, but he again remained a gracious patient. The second surgery soon followed; pieces of two full tennis balls were removed from his stomach and intestines. They had been there for quite some time, moving to the point of danger after 3 long months in his stomach.

This dog, with all his enduring capabilities and acceptance, is the true Hero.

He is now approximately 5 years old. He doesn’t know how to climb stairs; he has no socialization experience with other dogs, cats or animals; it appears that he has not walked on a leash, had a bath, had his nails trimmed or lived a life that remotely resembles normal. Yet he is grateful, and he never gives up. He will continue to heal in foster care until he can be placed in a loving home.

This is what we do. But we can only continue to do this with your help.

One person finally paid attention to this dog and cared enough to make the call. She changed his life forever.  That call allowed MFHS to intervene and do their work in saving this dog’s life and ending the perpetual cruelty.

If you have a heart for animals, and wish to help prevent animal cruelty, abuse and neglect, please consider contributing to MFHS.

There are so many heroes out there, surviving in so many different situations and circumstances. Help us, help them become the found heroes.